The Trooper beer stopped in Sweden by Systembolaget!

Home » Tips » The Trooper beer stopped in Sweden by Systembolaget!

Posted By politisktinkorrektpappa on May 11, 2013 | 2 comments 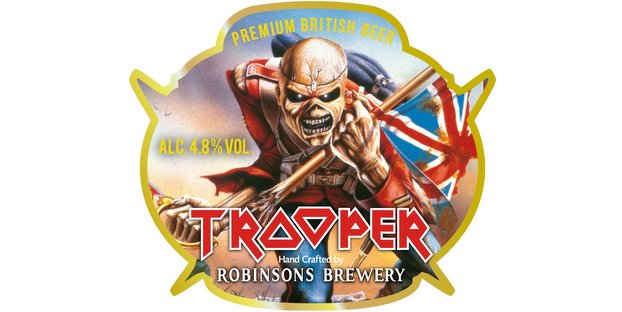 (in English for my international followers…)

According to Swedish media the legal people at Systembolaget are unhappy about the gorgeous label but is revealing no more. TWATS!!!

IF this was the first ever alcoholic beverage made and released by a group or artist and there was a question regarding influencing young people I’d accept it but this is not the first time nor offending label!

Look at Mötörheads wine bottle as an example. A skull! This passed the legal department without any problem… Elvis wine? Well, the guy’s dead (according to most people anyway) – if we’re looking for weird connections… 😉

The Trooper is far from a commercial attempt to sell rubbish beer at top dollar, quite the opposite! It’s a hand-crafted beer FFS created in homeage to the British real ale culture and from what I’ve heard, a very fine pint indeed!

To the legal department of Systembolaget – GET YER SHIT SORTED!!! This is not a Swedish utterly crap alcohol infused poor excuse of a lager – this is a REAL PINT! I do wonder if they know the difference?