I’m back – and with a new layout and hosting!

Posted By politisktinkorrektpappa on Jan 29, 2016 | 0 comments

Hi Everyone – it’s been a very long time since I posted anything here… Sorry about that.

I outgrew the wordpress.org hosted solution and until I knew what was going to work for me in the future I stopped working with something that might have been discarded in the end, and here we are – now hosted on own server and with NO limitation of what can be done! (let’s not forget that I’m also a developer so custom code is a must 😉 )

One of my favourite hobbies is watching movies. Lots of them! Every day!!! That’s why there is a new section on the blog which is all about movie reviews. I’ve been watching movies every since my dad once bought a VHS player and I was no longer bound to the state owned TV channels – all two of them which we had when I was a kid. Today my library is massive, although VHS was abandoned quite a few years ago, but my collection of DVD and BluRay is impressive to say the least.

Most of the movies I watch with the kids so there’s a limit to what’s reasonable to watch, but they like many different categories as long as they aren’t “romantic” or “too much talking”… Horror movies and such is something I watch after they’ve gone to bed and we stay away from action movies if they are too graphical or violent, but the most important thing is to talk about the movie and they know it’s not for real.

Obviously we see all the animated movies that are released and as a parent I’m so happy there is Pixar, Illumination Entertainment and similar – that both appeal to young and old, but with sometimes hidden references that only us adults gets. Shrek is a classic one for quite naught and adult jokes between the lines!

I will review as many movies as I can as and when we watch them. I’ll try my best to avoid any spoilers, but sometimes you just have to point out certain things… I’m also brutally honest and I will say exactly what I thought about the movie – regardless of people getting annoyed with me. We all have different taste and there’s nothing wrong about that! 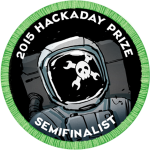 I entered Timstock Slim to the hackaday.io 2015 competition in order to get tinkering feedback and I was received very well. Well enough to make the semifinal! I didn’t have the time or enthusiasm towards the end to make a push for the finals – especially since Timstock Slim is catered towards such a small group – but I didn’t enter to win, I entered to get feedback and this I did.

Here is the project on hackaday.io: https://hackaday.io/project/5622-timstock-slim-a-tool-for-the-autistic 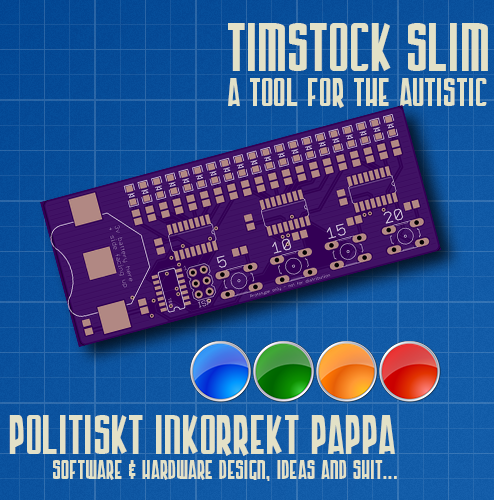 My other projects at hackaday can be found here: https://hackaday.io/projects/hacker/6430

Apart from this I finally got the (SI-joint) surgery I needed last year, and it turned out that my pelvic bone was fractured and this is what made my life a hell for so long… The surgery was painful as hell, and recovery equally painful – if not more, but I can yet again walk unsupported and if I can get some help with fixing my dodgy discs in my lower back then perhaps life can be normal-ish again? No more wheelchair though and that’s all that matters!

I have also – as you might see – fully switched to English now because of all the international readers. Google Translate has worked fairly well for those non-native Swedish speakers but when you get technical with electronics, software development, autism etc then things quickly go wrong and I can no longer have that so this blog will be in English from now on. You can still comment in Swedish, and I will reply in Swedish, but I might add an English translation at the same time…

During this time off and personal recovery from surgery I built a PDP-8 clone. Quite some time ago I read about Oscar Vermeulen and how he made an emulated PDP-8 with a Raspberry Pi and since I’ve always wanted one I managed to buy a kit from him with the front panel pcb and the actual front panel he had made! It would’ve been way more expensive for me to do my own so this was a bargain. My PDP-8 will at some stage become a tiny web server, but it’s not exactly easy to write a web stack on a system that never even had basic networking so it’ll take some time before it’s ready, but I have it hooked up to the network at least so the big hurdles are gone. I will make a more elaborate post about my PDP-8 clone some day… I have also planned to build my own IMSAI 8800 clone in the future, but this one will be a one of custom. “-Greetings professor Falcon” 😀

Here is a picture of my PDP-8 clone during the final stage of the build. 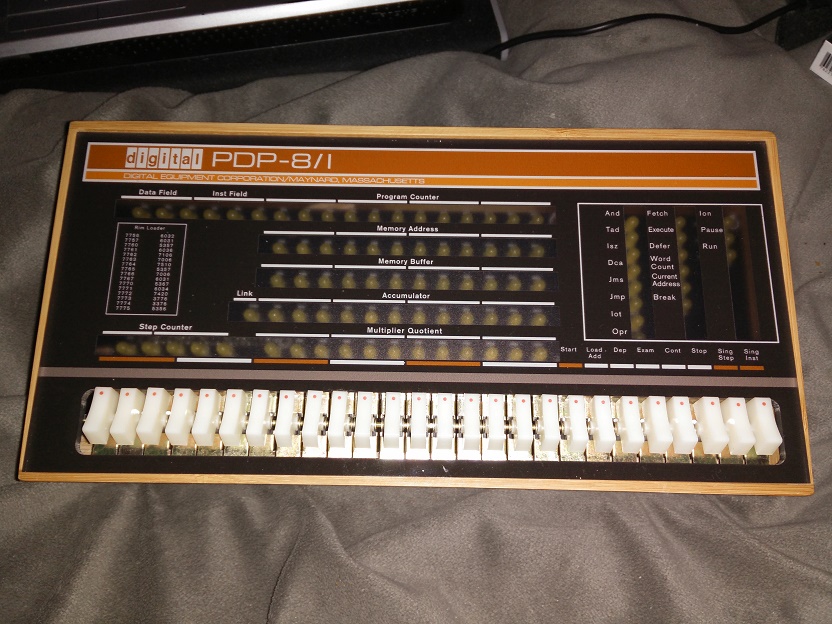 I also must get the section about electronics up and running here but that has also been dragging behind. I lost all interest in writing whilst recovering from surgery but things are different now!

Expect regular updates here, movie reviews, electronic tinkering and everything else that’s on my mind at the moment!

Oh, by transferring to a new server all subscriptions went down the drain so if you want to keep updated then hit that subscribe button!