Goodbye AVG – and why…

Posted By politisktinkorrektpappa on May 24, 2016 | 6 comments 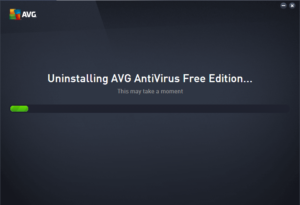 I’ve been an avid user of AVG since the very beginning – 1997 to be more exact – when Grisoft started to sell licenses in UK. Back then it was the best by far anti-virus solution for Windows. I must’ve recommended it to hundreds of people throughout the years and the number of computers I’ve installed it on is vast, but here ends this journey – which is a shame because AVG used to be the best when it comes to computer safety regarding anti-virus and firewall.

Why am I uninstalling AVG then? Some time ago someone at AVG decided that more money was to be made if they became more aggressive with their marketing. Fair enough – everybody has to live and unless you make a profit, this isn’t happening. Initially they started by using ads in the UI of AVG and this was accepted, and I’m sure the rate of sales went up.

At some stage someone at AVG decided that they wanted MORE sales and the introduction of system popups was made, and this is when people started to get pretty upset with AVG. Not only was it annoying, and that you had to click “No thanks” to the same offer every bloody day, which is merely annoying, no because AVG launched its popups whenever it felt like, and if you were playing a game – the damn popup would take focus and the game would end up in the background. Some games crashed due to this behaviour… Ok, a well written game should handle this, but life isn’t perfect, and often it was the graphics driver that caved in and not the game itself… And whatever happened in the game during it was put in the background was out of your control – i.e you died or failed whatever you were doing. This is not accepted by anyone.

At this stage the complaints started to really pour in at AVGs support forum, but all they answered was bullcrap. They didn’t care whatsoever. In fact since then they have only introduced more popups and craft-fully written ads to trick people to thinking that they must do an update when in fact they are installing a trail version of an addon – which will start to cost money after 30 days…

The support forum and many other places on the internet was now flooded with hate, and do you think AVG reacted? No, not a chance. In fact they have lost their early mantra of being the best free and paid anti-virus solution and now become one of the biggest suppliers of malware known today!

There are ways of getting rid of the popups by deleting some folders in the AVG installation and blocking a domain name in the hosts file, but AVG knows this and find ways to circumvent the bypass.

I have now after 19 years uninstalled AVG and installed Avira instead. I know they have popups as well, but they can easily be removed, and if you buy a cheap license, the popups and ads are removed forever – which is not the case with AVG paid version nor the free version.

So goodbye AVG and welcome Avira! I hope you do a better job than the previous one.
If you want to remove AVG ads and popups but don’t want to uninstall it, here’s how you go ahead.

Open explorer and navigate to c:\windows\system32\drivers\etc\hosts and open the file with notepad as Administrator.
Add this line to block new popups from being installed:
127.0.0.1 campaign.avg.com

I can’t promise this’ll work forever, and you probably have to run step 1-3 after every time AVG has updated, but it’s at least a way to stop the popups for now. Or uninstall AVG and install something else instead! Avira seems to work fine and is the most recommended replacement for AVG out there.
Shame on you AVG for abusing the massive customer base you have accumulated the last 20+ years! I hope you panic as hoards of users are uninstalling AVG every day, but I think it’s too late for you to salvage the situation.

If you want to read how AVG responds (or rather the lack of) to the complaints then follow this link to the AVG support forum. It’s only one page out of many with the same issue – but the story is the same… https://support.avg.com/answers?id=906b0000000DA01AAG