Posted By politisktinkorrektpappa on Aug 7, 2016 | 0 comments

Before I begin dissecting Warcraft I have to add that I’ve never ever played World of Warcraft, nor will I ever do – but I’m enough enlightened to know a slither about the background and factions.

In Warcraft we get to follow the Horde (orcs) as they open a portal to the planet Azeroth (humans, dwarfs etc) with the purpose of getting a new home by invasion since they had totally eradicated all resources where they come from, and they are led by the ultra-evil mage Gul’dan who’s powering a magic portal by draining the life out of the few remaining species (non-orcs) from their previous planet. Not even Tolkien on mushrooms could sway this far outside Midgaard although these are based on the creatures he created. (I do wonder if they pay royalties to the Tolkien family?)

Anyhow, Gul’dan is leading a smaller invasion force to Azeroth and with him are the warrior Durotan and his pregnant wife Draka, who soon after arriving through the magic portal gives birth to Thrall. With them, apart from a huge bunch of dodgy orcs, are also a female half orc/human (I think?) called Garona. With me so far?

In Azeroth we have the king Llane Wrynn who’s protecting Azeroth with the help from the mage Medivh, the warrior (head of guards?) Anduin Lothar, some sort of wizard Khadgar and a whole bunch of humans I can’t remember. Phew!

Ok, had I played World of Warcraft these character might’ve made sense, but I haven’t and movie-adapted computer games shouldn’t rely on this, so after seeing the great reviews on imdb.com we decided to watch the movie just for fun. For FUN…

I normally find it easy to follow even the most complicated movies, and I often figure out the plot way before it’s played out, and that’s probably because I see so many movies – and have been for the last 30+ years or so. This not so much… I really struggled to follow the plot – although I predicted who was the rotten ones and how it was going to end – but the story and how the different characters interacted with each other was not easy to follow because it relied on you already knowing the the characters and the “World” of Warcraft. Not well played.

After 20 minutes I really wanted to call it quits and abort the whole ordeal, but some movies pick up later and so we continued to sit through the movie – in case it suddenly got a whole lot better! (hint; it didn’t…)

I must stress the fact that I love fantasy films and I have seen pretty much every one made since the late 70s – only a few omitted – so the genre isn’t what I’m slashing here. It’s the whole concept of World of Warcraft as a movie – which to me seemed taken out of context…

imdb.com has currently Warcraft at the score of 7.3 (out of 10) and my only explanation is that 95% of the reviewers are avid WoW gamers. I can’t be so wrong here… can I?

We (me and the boys) thought it sucked really bad, and we regret not aborting – as we thought of – after 20 minutes, and I really wonder what it was in the movie that gave it such a high score? It’s almost up the with the Hobbit FFS (~7.9) !!!

IF, and I mean IF, you are a WoW gamer, then by all means, watch Warcraft, but if you aren’t, and you know little to nothing about the Horde and Azeroth, then be prepared that there will be a lot of things that you won’t understand, and that the actual story is really vague and frankly boring…

The FX are ok in today’s standard and the acting is mostly motion captured and rendered by a computer cluster, but that part was pretty ok – but not enough to raise my verdict.

I give it a solid 1 out of 5 – and that’s only because of the motion capture work with the orcs – which was pretty ok. The rest was crap.

If you want fantasy, and you’re all Tolkien’d out at the moment, then watch Willow instead! It has the exact same score (7.3) and as a bonus you get to see Val Kilmer before he got fat! 😉

p.s. If I got one of the names wrong, sorry. This was/is unknown territory to me… 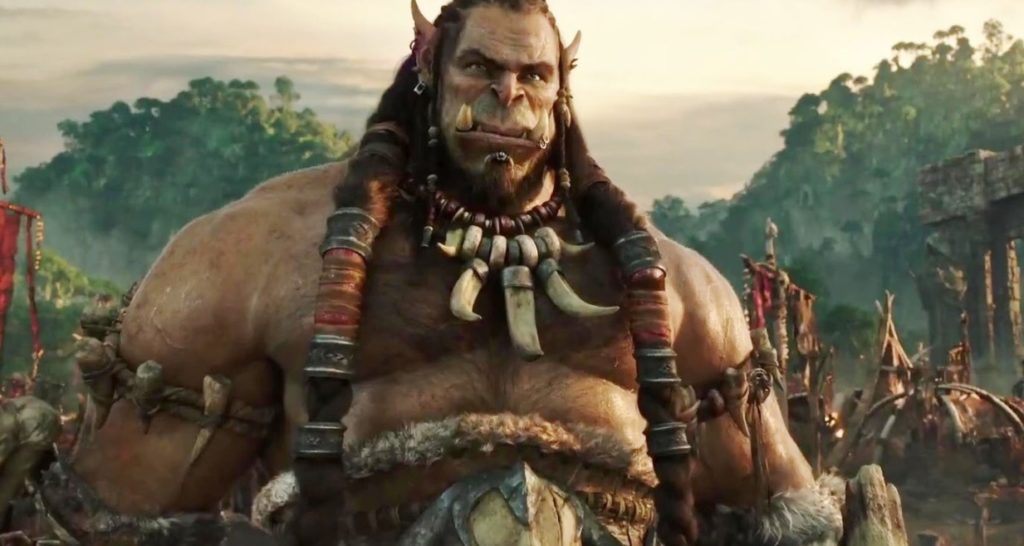