Posted By politisktinkorrektpappa on Aug 16, 2016 | 0 comments

Henry is resurrected from death with no memory, and he must save his wife from a telekinetic warlord with a plan to bio-engineer soldiers.

Hardcore Henry is a rather unique FPS game meets Hollywood – apart from the fact that it’s made in Russia, but with English speaking actors. (Sharlto Copley, Danila Kozlovsky, Tim Roth, Haley Bennett to mention a few. Directed and script by Ilya Naishuller)

The movie starts with our hero Henry waking up on some sort of a surgery table, and apart from a few missing limbs, he has no memory and no ability to speak. He’s woken up by someone claiming to be his wife and she progresses to “fix” his missing limbs by attaching cybernetic replacements. It’s quite obvious that shit is about to hit the fan – and this it does pretty soon and the next few minutes you spend trying to figure out what the hell is going on?!

During these first minutes Henry and his wife Estelle escape from the bad guys but things doesn’t go well and Estelle is kidnapped and Henry is trying to get his bearings, and we – the audience – are equally lost as Henry because what’s really happening? Who has kidnapped your wife and why are they trying to kill you? I’m writing “your” and “you” because you quickly identify yourself with Henry since this is 100% filmed from Henrys view – just like a FPS game.

This is more or less what’s in the trailer so I’m not really spoiling anything here. 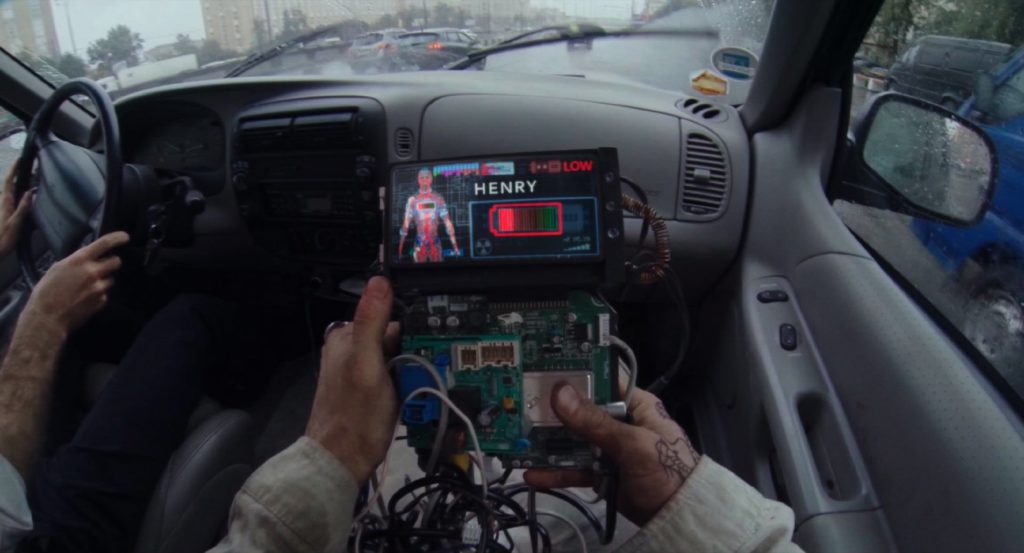 Hardcore Henry is a low-budget movie for sure, but it’s so different that it’s impossible to compare it to anything and although a lot of the acting is a bit so-so, there’s something fascinating about the format and I found myself really excited whilst sitting there!
It’s also worth noting that the whole movie is almost done with a single take, i.e. it’s meant to be real-time from Henrys perspective, which means no cuts and no different camera angles – just one long take.

Although the movie was done with a small budget the action scenes are big and plenty, and the stunts are really well made – and often totally crazy and dangerous… Somehow they managed to keep the SFX in line with the rest of the action because you couldn’t tell what was fake and what was stunts – well done boys and girls who made this!

Obviously it’s a shaky movie since they probably used a a pair of GoPro 4’s strapped to the face of “Henry“, and during stunt scenes they simply added Henrys arms into the shot by post-processing, but the shaky picture was fine because that’s what it (must) feel like in reality if you do the things Henry does… 😉

Compared to movies like Avengers or other current action movies, Hardcore Henry doesn’t even register on any scale, but you can’t compare Hardcore Henry to any, current or not, movies because the format is so weird and strange – and in the end I was really enjoying watching the movie and I’m sure everyone felt like they were Henry whilst watching it!

My only problem after watching Hardcore Henry is how on earth do I score the movie? The acting is mediocre at best and the script is not exactly great, but as something totally new, raw, brutal and anti-Hollywood it still made an impression on me…
Hardcore Henry has currently a score of 6.8 at IMDB, but the viewer ratings range from 1 to 10 and few movies have such varied reviews.

Would I watch it again? Yes. Did I get the story? Yes. (-ish) Can I recommend it? Yes, actually. Was it a great movie? No. Not even close – but still here we are and there was something with Hardcore Henry that had an impact on me… Complicated…

I give Hardcore Henry 3 out of 5 – but some parts are as bad as 1 and some as good as 5 (implementation for sure!) so a 3 it is but still not… (although I’d like to give it a 5 for effort and execution!)

If you enjoy entertainment by violence and are open for other formats than the stereotypical Hollywood action movies, and you can live with a paper-thin script then watch Hardcore Henry! Please let me know here after watching it what you thought of it? Did you get it? Did you personify yourself with Henry? Did you laugh? Did you dislike the bad guy as much as I did?

One thing is for sure though and that is that a few Russian guys have an excellent imagination and they have done something unique in my eyes, and I hope they will continue refining what they have started! 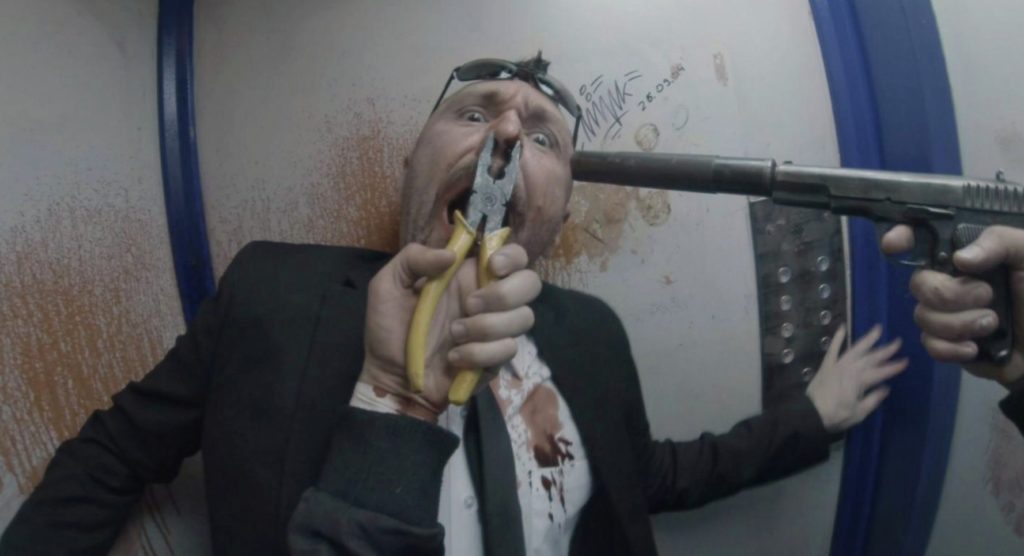 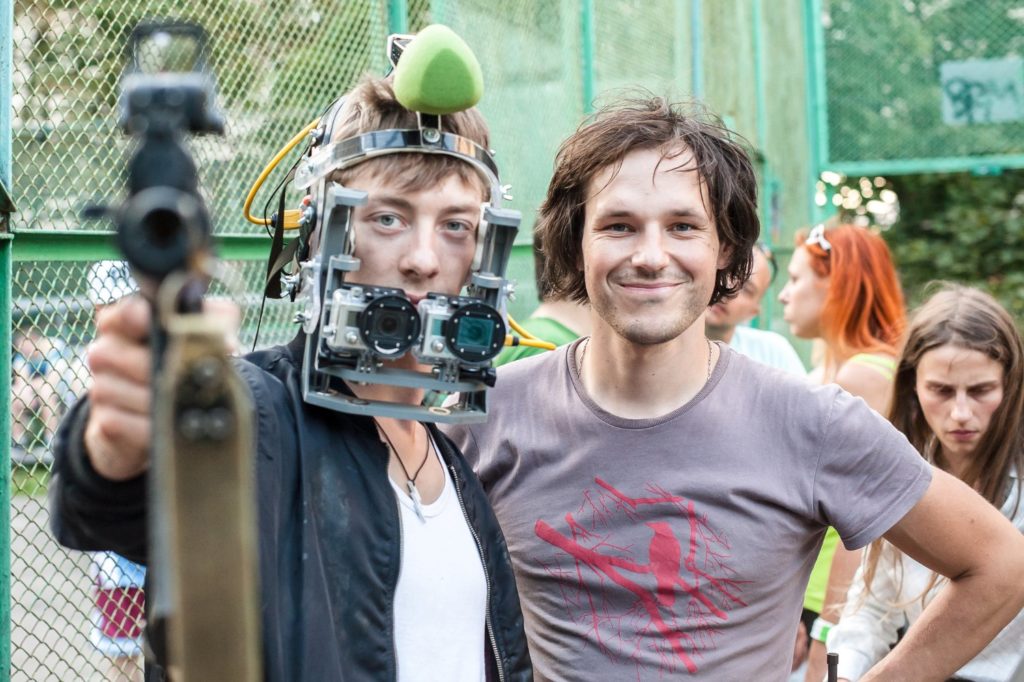