Posted By politisktinkorrektpappa on Aug 18, 2016 | 0 comments

After a threat from the tiger Shere Khan forces him to flee the jungle, a man-cub named Mowgli embarks on a journey of self discovery with the help of panther, Bagheera, and free spirited bear, Baloo.

Before I start my review of the revamped The Jungle Book I must stress the fact that I solemny HATE how Disney has ruined generations by lying to its audience how animals interact and function in the wild. No, I’m not just talking about the fictional characters of the various children stories – although they are equally bad, no I’m talking about their “documentaries” where they paint a pretty story on how all animals love each other and that man – the hunter – is the evil one… This is so far from the truth that you can come and this I HATE Disney for! As someone who’s really loving animals and spending vast amount of both time, and money, to ensure their well-being in the wild watching a Disney movie disgusts me. Now that’s out of the way! 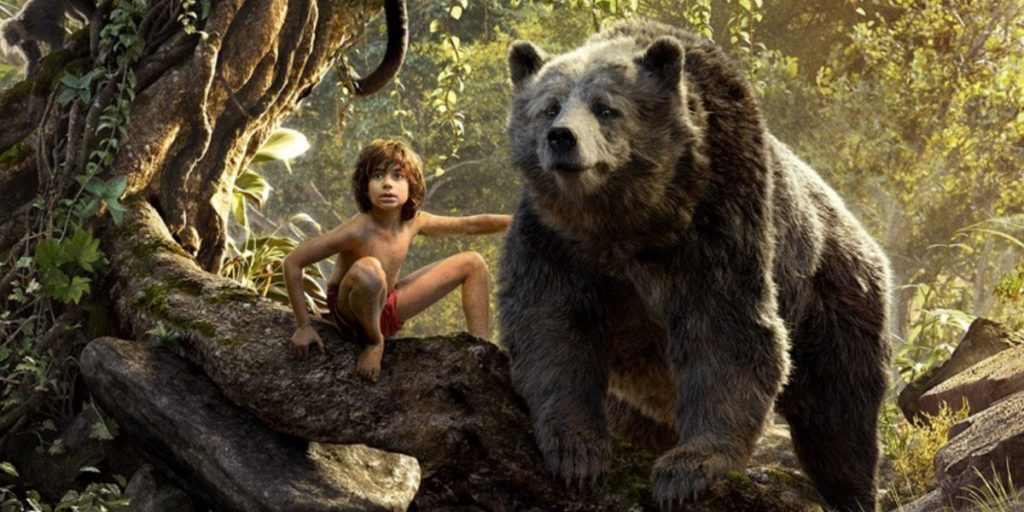 I remember watching The Jungle Book (the original from 1967) as a child and it was a story I liked. Baloo was the clown and Bagheera was trying to be the intelligent one whereas Mowgli was the rebel who wanted to grow up faster than he did. I don’t remember Kaa trying to eat Mowgli and I certainly don’t remember Shere Khan being that evil!? King Louie was clown #2 but he only played a small part in the story so I don’t remember as much about him as the others.

When I saw the trailer I was sceptical about seeing it with the kids, but Bill Murray can be really funny, and so can Christopher Walken too so in the end we sat down to watch it. The boys haven’t got my generations connection to The Jungle Book, and they’ve been spared from Disneys lies by yours truly, so the story was mostly new to them but I was curious on how they were going to do it in 2016 style now that people are even more disconnected from nature, so in a way I wanted to see how bad it was?

The movie begins with a brief recap on who Mowgli is and why he is where he is amongst the wolfs. The next scene is about the main watering hole drying up – which means all animals calls a truce: i.e. when there is little water they don’t eat each other… Humbug! (but for the sake of the movie I was letting it slide for now…)

Shere Khan want to kill/eat/whatever Mowgli and so it is more or less decided that Mowgli will have to go back to the village where he comes from to become a man instead of a wolf. (This movie might be even more funnier in Holland or in other parts where cannabis is legal… hehe :p )

It’s hard to know if I’m spoiling anything since most people already know the story, but in case you haven’t then I’ll try to avoid the details.

Obviously Mowgli runs into Kaa and is saved by Baloo, and later joined by Bagheera they meet King Louie and embark on a mission to save the flock.

Some of the voice actors do a good job, Christopher Walken and Ben Kingsley for sure, whereas Bill Murray and Scarlet Johansson not so good. The problem is that they sound exactly like they always do and they’ve spent no time on trying to come up with a unique voice. Ben Kingsley and Idris Elba were the only ones you couldn’t hear who they were and Christopher Walken did so well that it didn’t matter if you knew who it was. The only real actor was Neel Sethi who played Mowgli. Probably the worst singer ever to be recorded in a Disney movie, but he did it with happines and joy so it didn’t matter!

The story is more or less the same as the one we saw in 1967, but it’s obviously a lot sadder in this one, because Disney… Unless you cry at least 10 times in a Disney movie it won’t happen… sigh.

So was it any good then? Well, baring in mind my hatred to all Disney movies containing animals portrayed falsely, this wasn’t going to get any high scores anyway – but I do think they did it well and it was filled with many little details that – I have to admit – was really funny!

The kids liked it but they didn’t understand why the animals decided to not eat each other whilst there wasn’t any water, but reality is reality and Disney is… well, Disney. (LIES)

Scored on story, actors performance, technical quality and compared to the original I will give it 3 out of 5, and this is much higher than I thought I was going to give it prior to watching it, so there’s a surprise! How imdb.com can have it at 7.7 is understandable because of all the fools believing the lies from Disney all these years, but it wasn’t that good.