Posted By politisktinkorrektpappa on Aug 24, 2016 | 0 comments

I’m gonna have to science the shit out of this 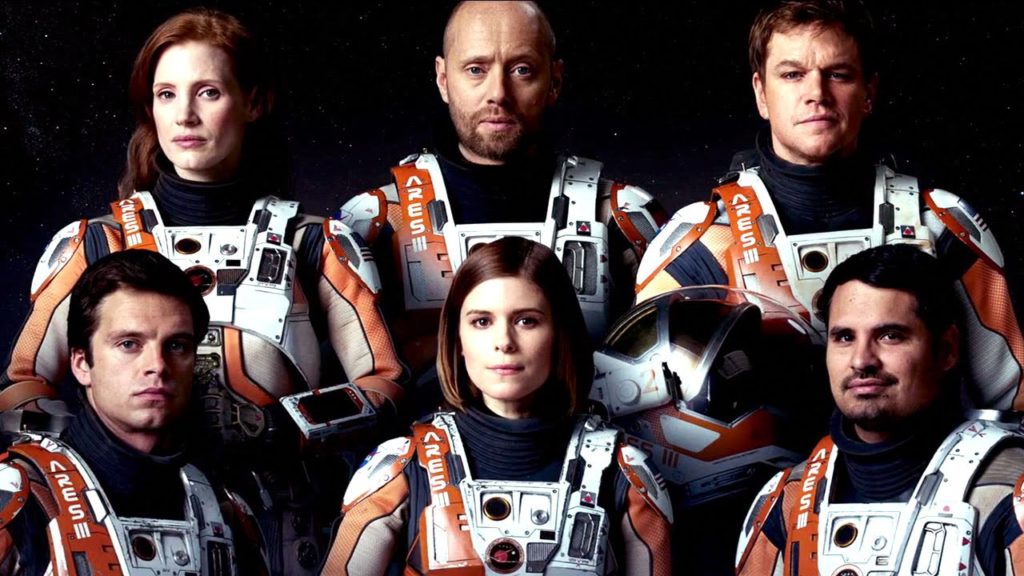 Ridley Scott has delivered yet another great space adventure – and what a masterpiece it is!!!

The story begins with the crew of six doing an exploration/science mission to Mars, and this is the first manned mission. Suddenly a sand storm hits the camp – and it’s a big one – and the crew quickly has to abort and initiate take-off procedure in order to survive. As the sand storm hits the crew, an antenna is blown off by the storm and hits Mark Watney (Matt Damon) and he’s blown away. Melissa Lewis (Jessica Chastain) tries to find Watney but the storm is too bad and they have to take off… The crew make it but Watney is presumed dead.

When the sand storm settles Watney wakes up – with a piece of the antenna lodged in his abdomen – right through his space suit. He makes it into one of the ground modules and begins to patch up himself. At this time he realises that he’s left on Mars all alone and it slowly sinks in that he’s shit out of luck.

They were meant to stay on Mars for longer than they did so he’s not completly out of food and resources because now there’s only one instead of six, but the next mission to Mars is four years away and he can possibly stretch his resources for maximum one year.

He has no way of communicating with neither his crew mates nor NASA at Earth, but he realises that if he’s going to survive he’s going to have to “science the shit out of this”!

Being a botanist he sets about to grow some potatoes, and with the help of some dead martian soil – and the addition of human compost (poo in other terms) – he begins to get things growing. Making water for the plants is no small feat, and a dangerous one, but he does find a way.

Watney soon decides that he must find a way to communicate with NASA in order to let them know that a) he’s alive and b) they should come and pick him up, so he sets out to solve this problem.

Eventually he’s able to contact NASA and the race to save him begins, but it’s not an easy task – and there are different opinions on how they should go about doing this…

The rest you will have to see for yourself! 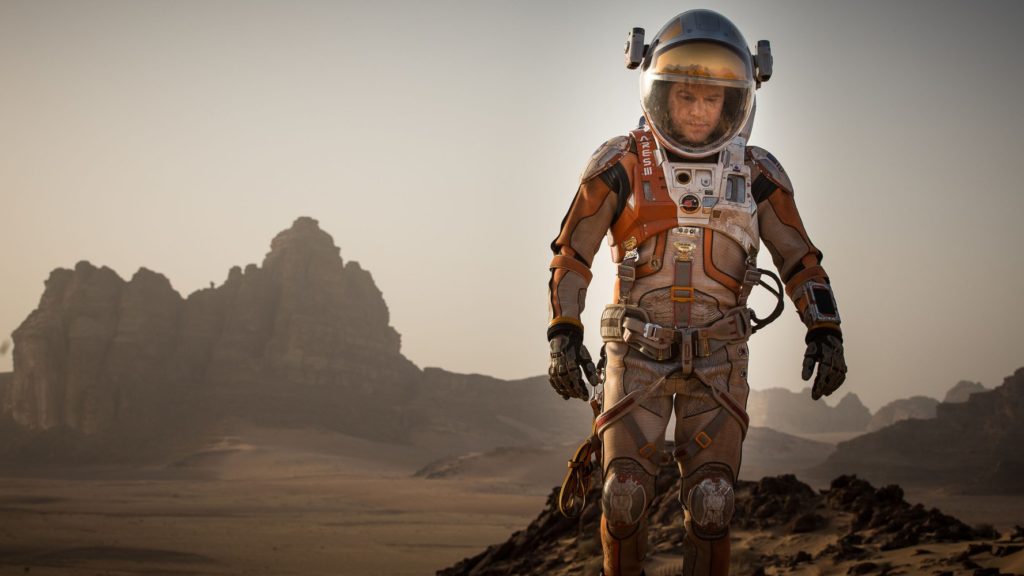 The Martian received fantastic reviews when it was released – especially from the engineering community, which I’m a part of – and I decided to wait a bit in order for the biggest hype to slow down because it’s hard to watch a movie with such high expectations…
Ridley Scott is a cunning director and not many can take on a production of this size – and also being factual and realistic – but he did an absolut fantastic job and the science in the movie is all doable, although sometimes far fetched, but all valid. Also by waiting I was able to watch the extended version instead of the original cinematic release which was a whole 7 minutes longer! (what those 7 minutes were I don’t know but who cares…)

I loved the movie and Matt Damon was perfect for the role! I’ve loved Matt Damon ever since Good Will Hunting, and he is a solid actor who can pull off realistic and dramatic scenes – and at the same time be a real comedian. This is amongst his finest work!
I should probably write something about the other actors as well but let’s be honest, the movie is pretty much all about Watney and his quest to survive long enough to make it home – and he knows his odds are really crap…

There is no question what I’m going to give this movie because it is a proper 5 out of 5, and I urge all of you to watch it! It doesn’t matter if you’re an engineer or not. You don’t have to be. imdb.com has the score of 8.1 and it deserves it. The movie is also not your typical “Americans save the day” movie, but since it’s about a NASA mission they are mainly Americans, although during critical time it’s the Chinese who saves the day so kudos for making it an international story in a way because that’s the way forward for space exploration, and that’s something that’s more important than borders! (or Hollywood… 😉 ) 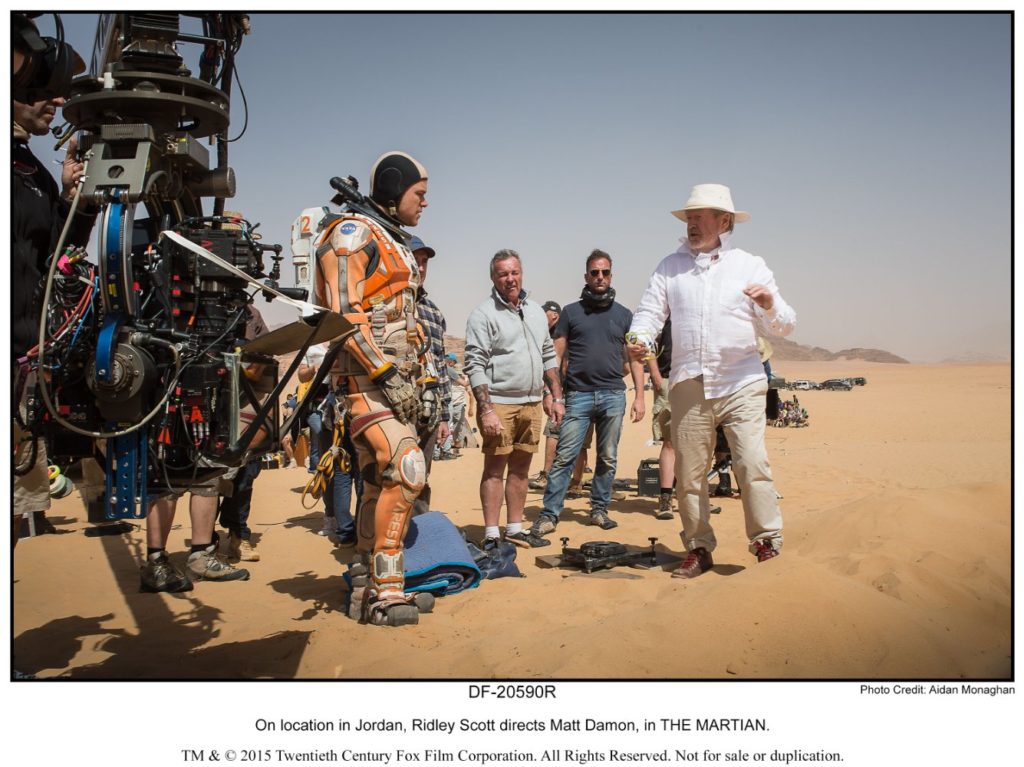